Tune in to Dr Silvia Pfeiffer on the High Flyers Podcast 'Inside: Coviu' where she discusses her journey from a small German country town and everything in-between to Co-founder & CEO of Australia's leading virtual care platform, Coviu. Silvia inspires those looking to start their own business with her unlikely story showing how persistence can turn into lasting success.

At the turn of the Century, Silvia Pfeiffer was offered an opportunity in Australia on an auto-captioning project. With a PHD in Computer Science and a degree in Business Management from Mannheim, Silvia was scouted on the basis of her publications in numerous international journals on the topic of audio technology. After moving to Australia with her family, Silvia went on to develop her first start-up Vequence and was on the video team at Youtube that created video captioning. Listeners may be surprised to know that some of her technology developed is still used on Youtube and Google Chrome today.

Involved in tech innovation during a time of rapid development, Silvia provides fascinating insights into the major changes she has observed since the beginning of her career. Dr Pfeiffer discusses how computer science has become an increasingly sought-after study discipline and how we are currently witnessing a new wave of commercialisation of research projects. She also discusses how the World Wide Web has evolved since its infancy to the public domain in the early 90s, having personally written standards through the World Wide Web Consortium in her earlier career.

Finally, Silvia discusses the genesis of Coviu, when she was approached to join a project through NICTA, ultimately acquired by CSIRO, to develop a technology for better access to healthcare and government services. Silvia reflects,

I knew there was an interest with health professionals to do better with telehealth.

Dr Silvia Pfeiffer's story is the epitome of a success trajectory punctuated by a number of key learnings such as the failure of her first start-up. Silvia's journey has in no way been linear, but her commitment to innovation in the tech-space and a drive towards the greater good ultimately saw her land on a unicorn with Coviu's virtual care platform.

Describing the transition from telehealth to a virtual care platform, Silvia stated,

What we call telehealth right now, and I think a lot of people have picked up on what telehealth was during the pandemic, because they had to stay home and talk to their doctors either by a phone or video call; that's what telehealth is. And that's just the beginning of what virtual care is. Virtual care means using technology to get better care. And that could be live interaction between you and your clinician (sic) but also via a text. You might have a text consultation or want to check in with them frequently (sic)... But for a full virtual care platform there are some other things like remote care monitoring for example, where you use your mobile phone to capture your health data.

Silvia goes on to define the full extent of virtual care and how Coviu is leading the development of this technology in Australia for better management of ever-increasing chronic diseases here and overseas. 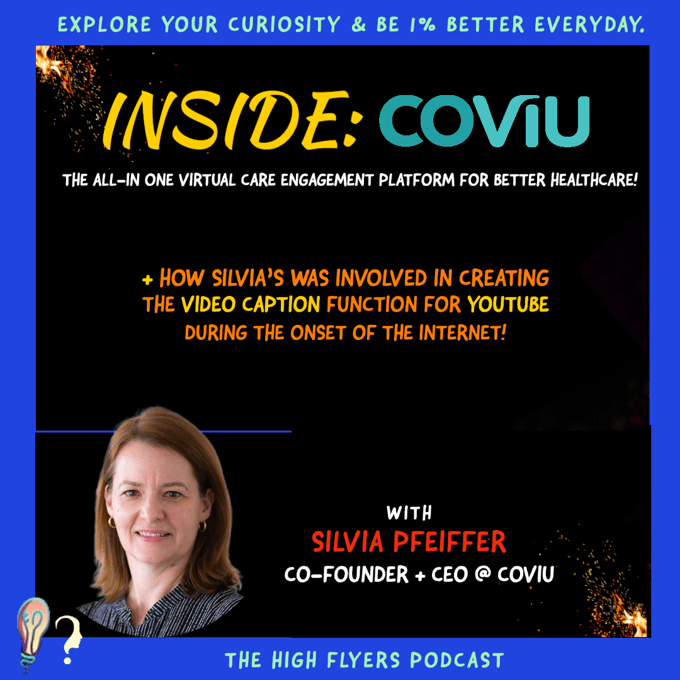 The Curiosity series on the High Flyers Podcast is an ambitious series that looks to 'Re-imagining the traditional high flyer and celebrating relatable role models, and their journeys from their sunrise to today'. With over 100+ episodes released bi-weekly, the podcast interviews some of the most inspiring leaders from across 40+ industries across journalism, sport, diplomacy, social impact, venture capital, music and healthcare from Australia to USA, India, and more. With over 500,000+ views around the world, the High Flyers Podcast aims to inspire its listeners to be 1% better every day.

The podcast is featured by leading companies across Australia and the world, including Blackbird, Airtree, Squarepeg, Investment NSW, and Earlywork.

Some recent episodes include:

Coviu award Silvia Pfeiffer
We are excited to share our CEO and co-founder Dr Silvia Pfeiffer is one of the Top 50 Healthcare Technology CEOs of 2021! 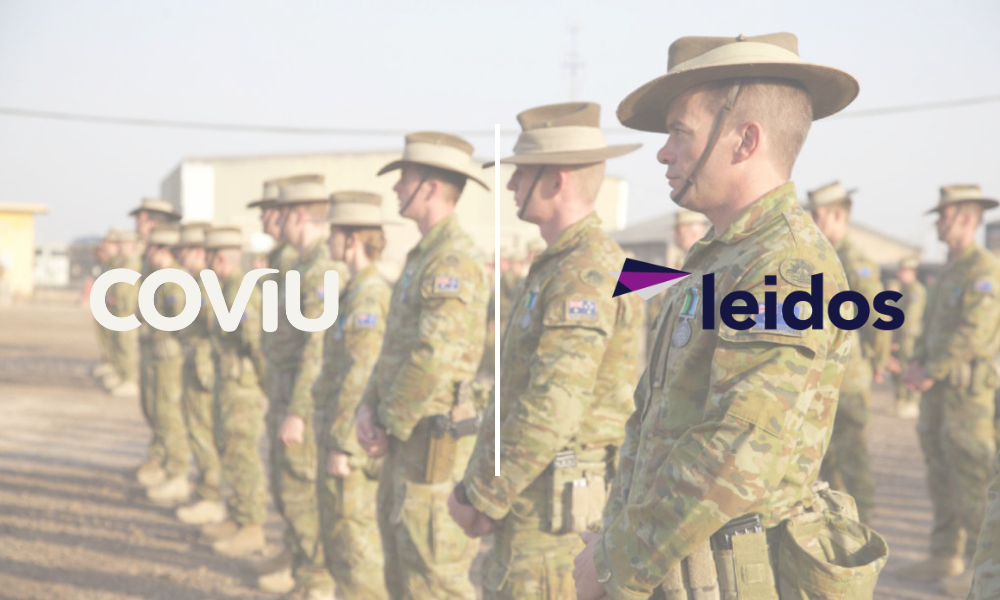 Coviu Telehealth Announcement Australian Defence Force Medirecords Leidos healthtech
We are excited to announce that Leidos Australia has been awarded a contract by the Australian Department of Defence to deliver a health knowledge management system to...